Since 2010 IHP has been a resource for isolated HIV clinicians and community activists in underserved regions in Europe and Central Asia, the Middle East and North Africa, and now in Asia

IHP launched ReShape in 2013, as a resource for organisers committed to “reshape the response to HIV, viral hepatitis and related sexual and mental health concerns” in the context of new, but very high cost, Hep C treatments, an international lag in PrEP approval, the growing chemsex crisis, and a sense, by some, that our movement was under performing

Three online sessions – on 29 November, 6 December and 13 December 2022 at 15:00/3 pm GMT to identify chemsex support options and produce and promote a call for integrated chemsex support services appropriate for your region. 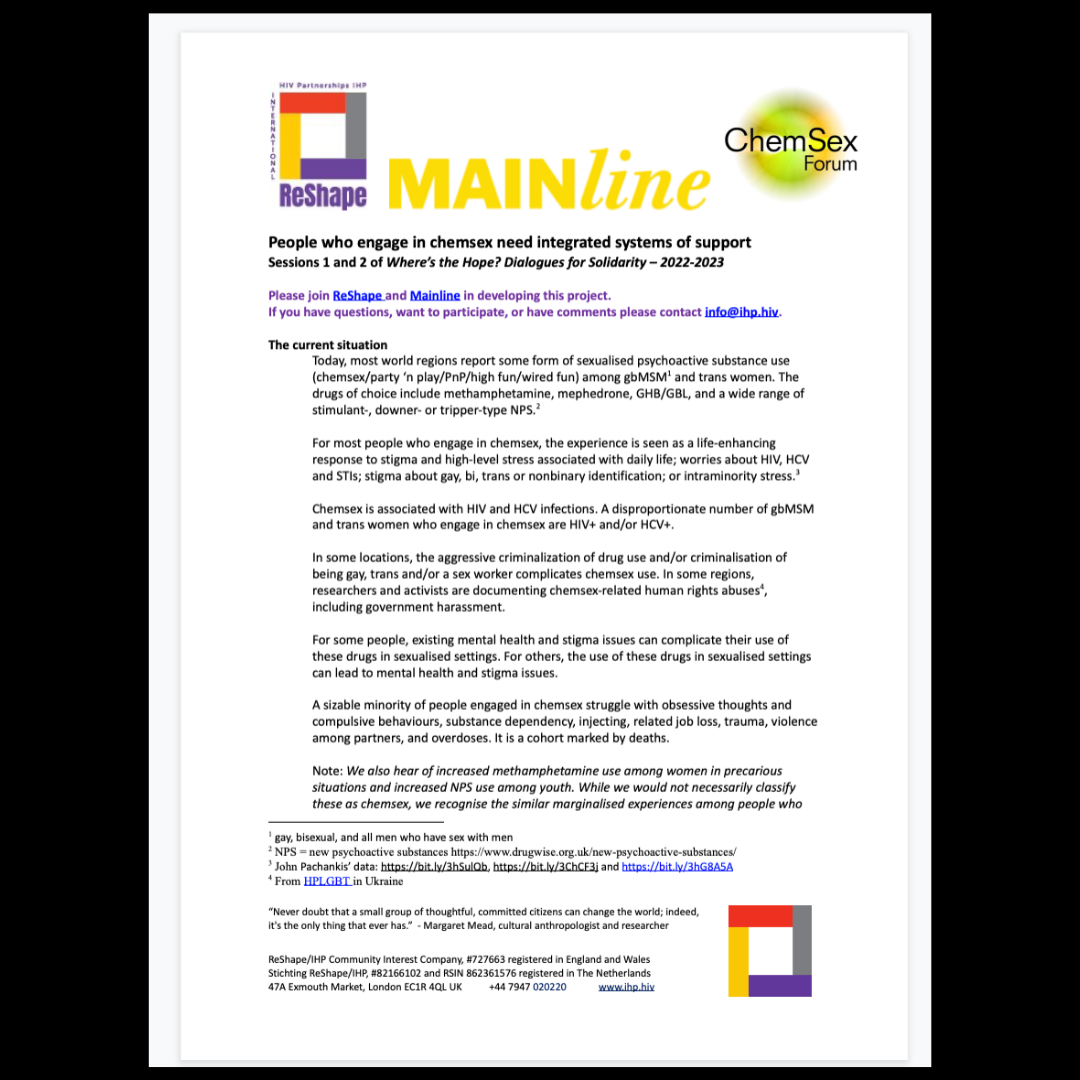 Three online sessions – on 29 November, 6 December and 13 December 2022 at 15:00/3 pm GMT to identify chemsex support options and produce and promote a call for integrated chemsex support services appropriate for your region. 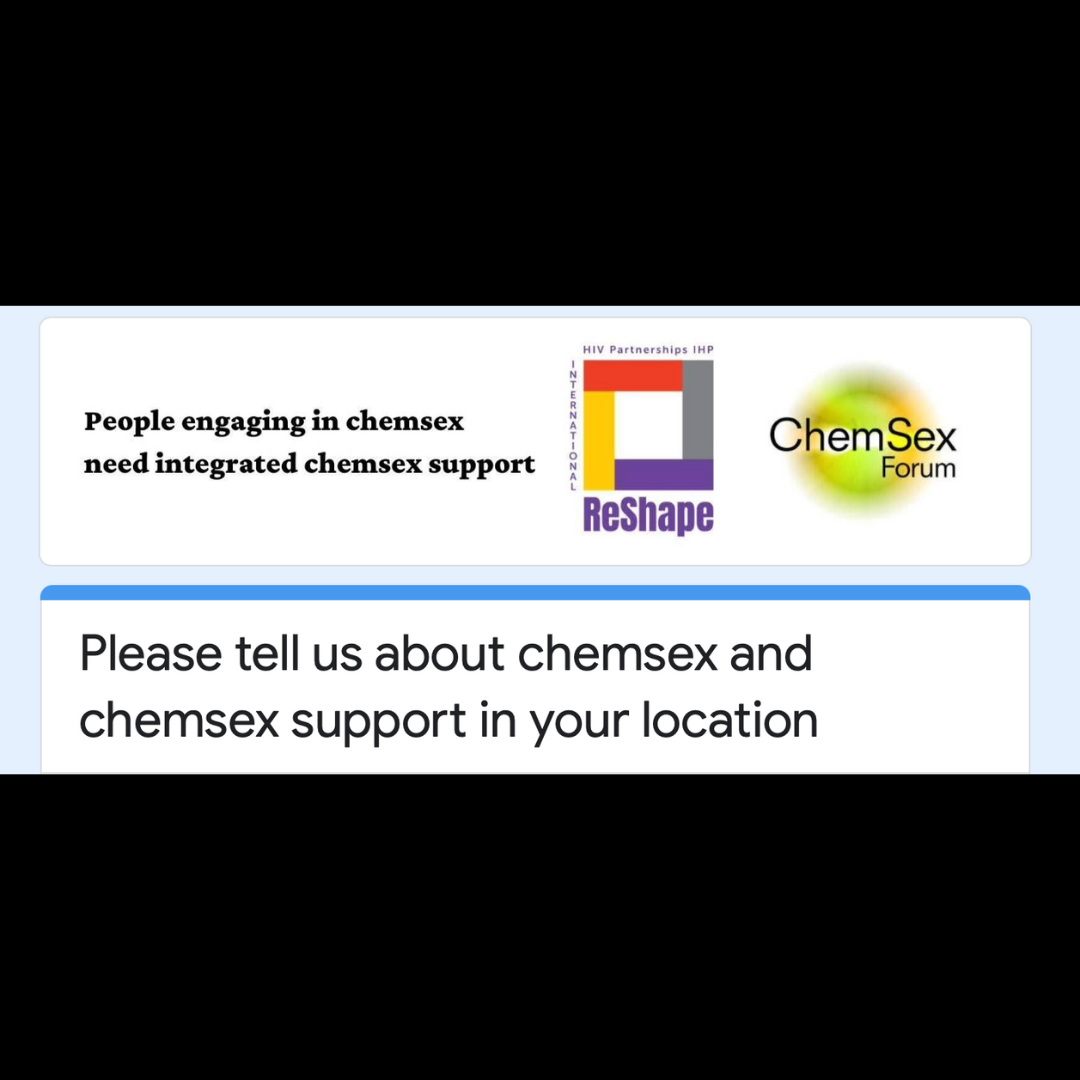 This survey is about chemsex and chemsex support in your location 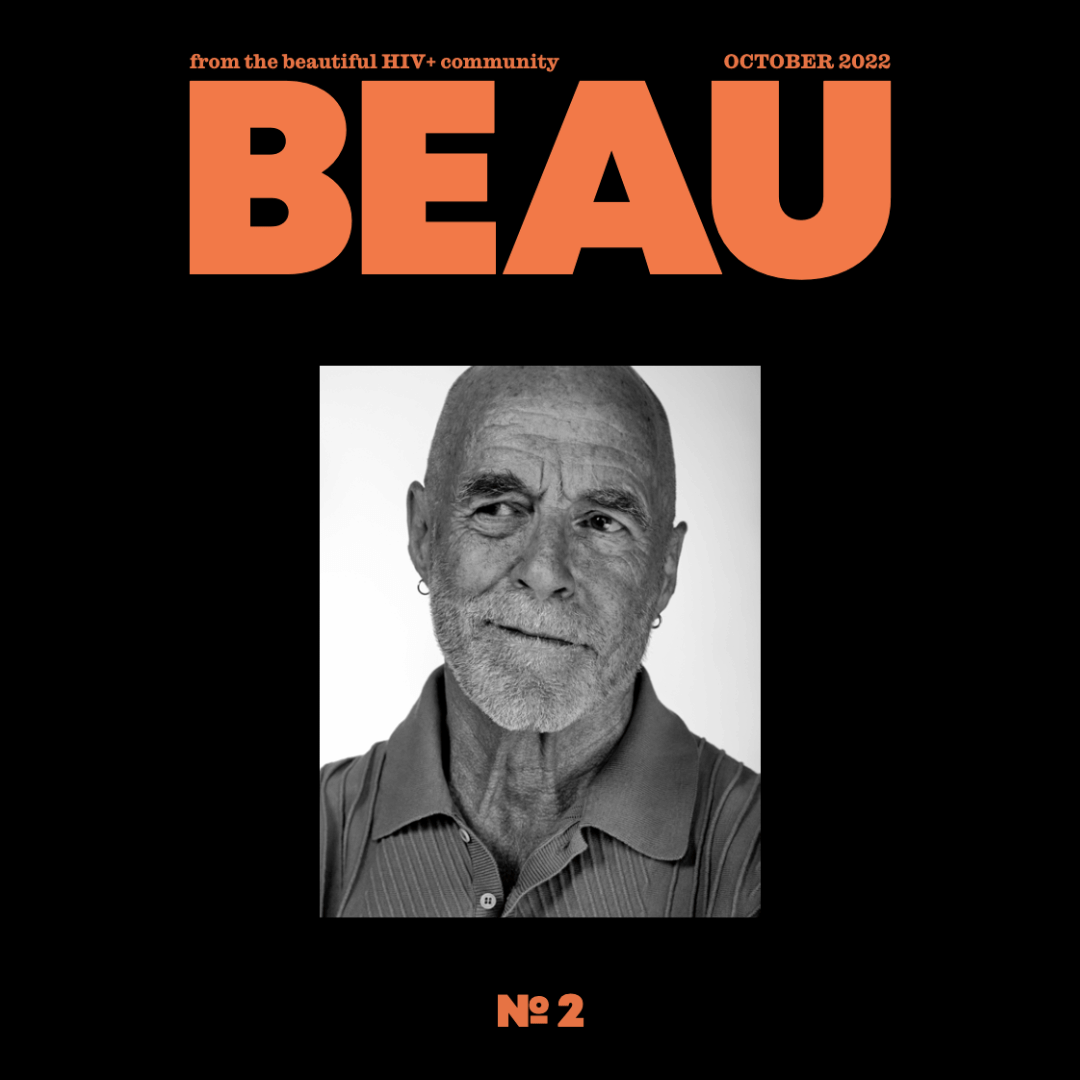 Ben Collins was the cover story of BEAU Magazine No.2 and a guest writer 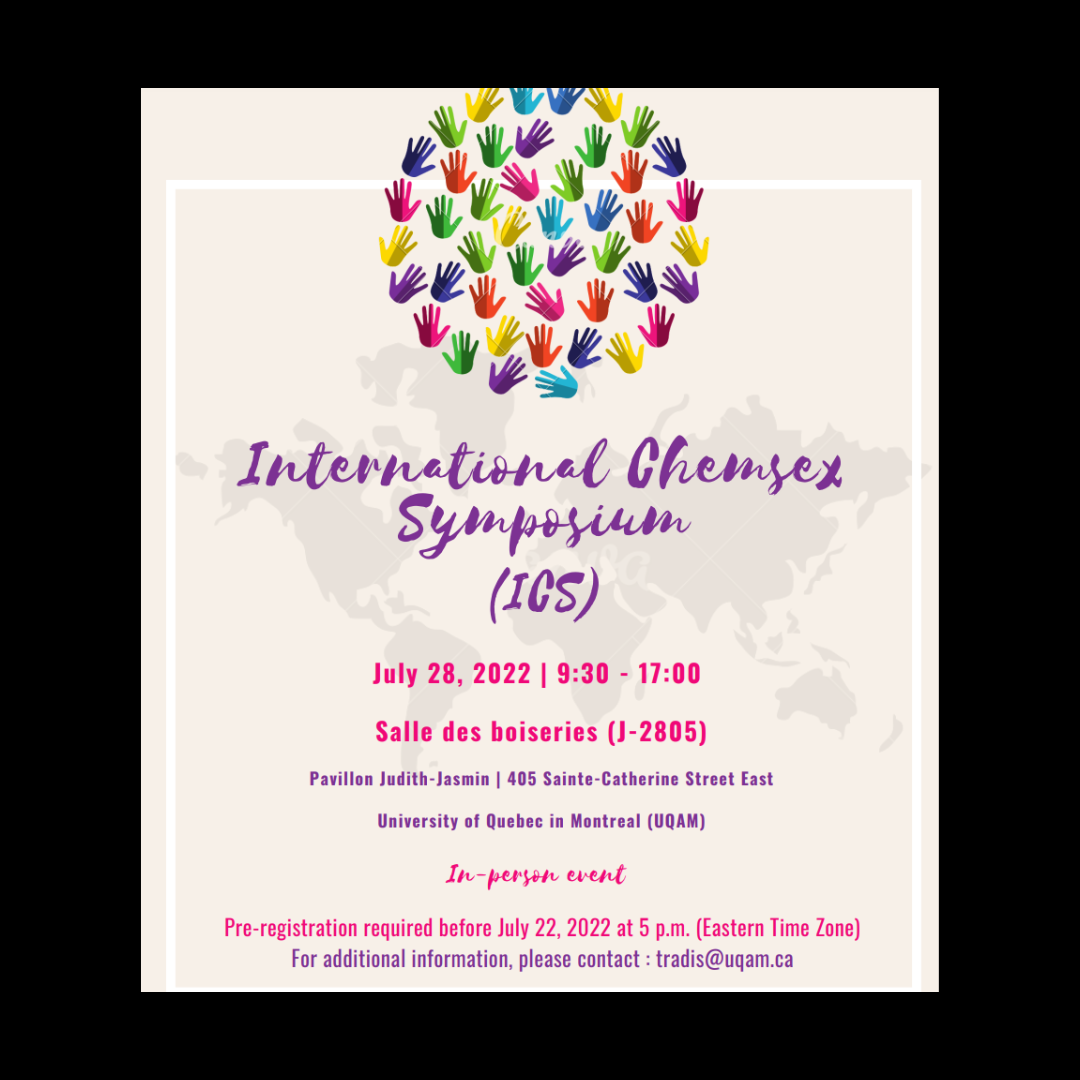 We are so excited to announce that we have hired a community coordinator for the chemsex forum platform.  Forum members will be sent details of new updates to the library soon.  If you would like to join the platform, post an email to: main+subscribe@ChemSex.groups.io. follow directions from there 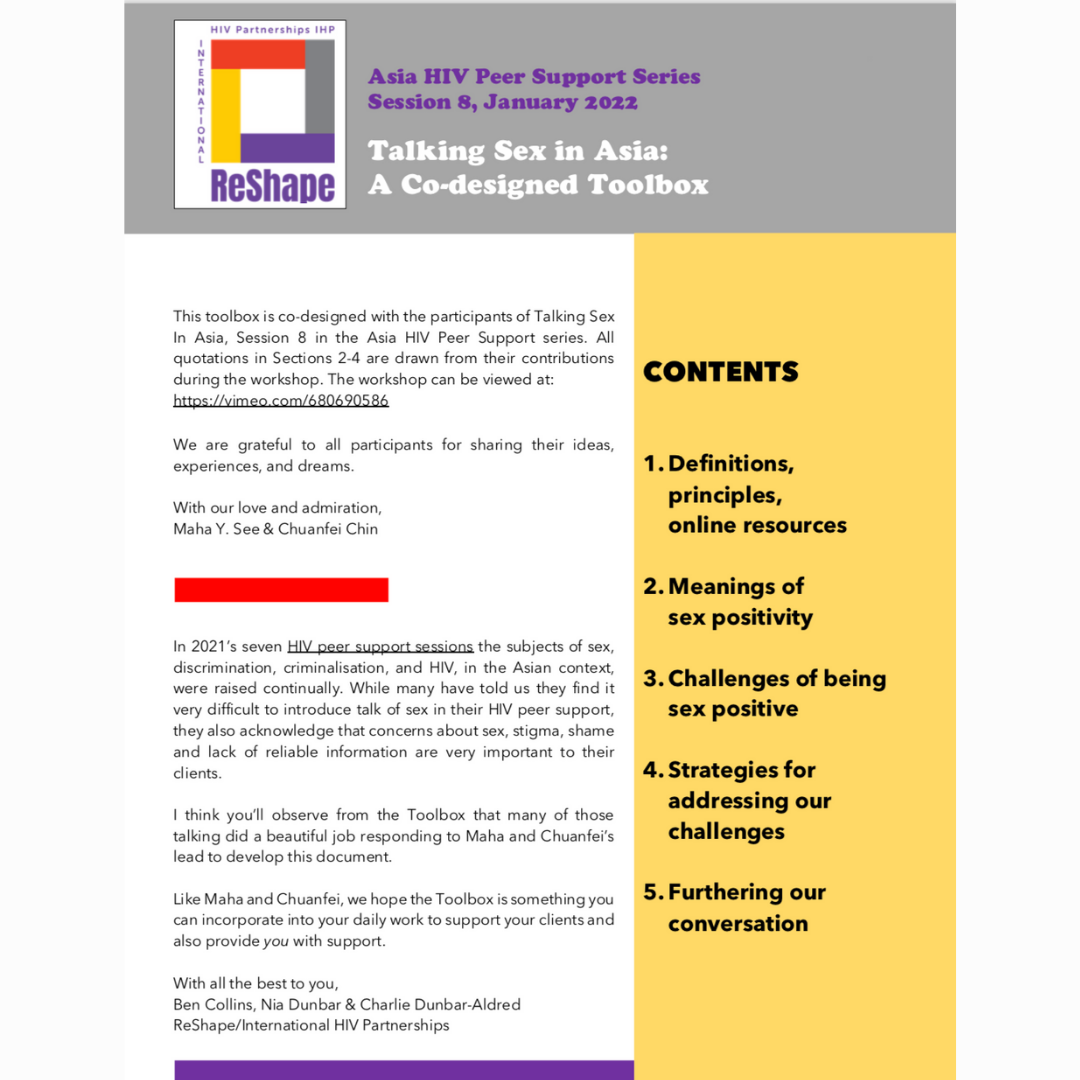 This toolbox is co-designed with the participants of Talking Sex In Asia, Session 8 in the Asia HIV Peer Support series

The 2021 report of the Asian HIV Peer Support Series 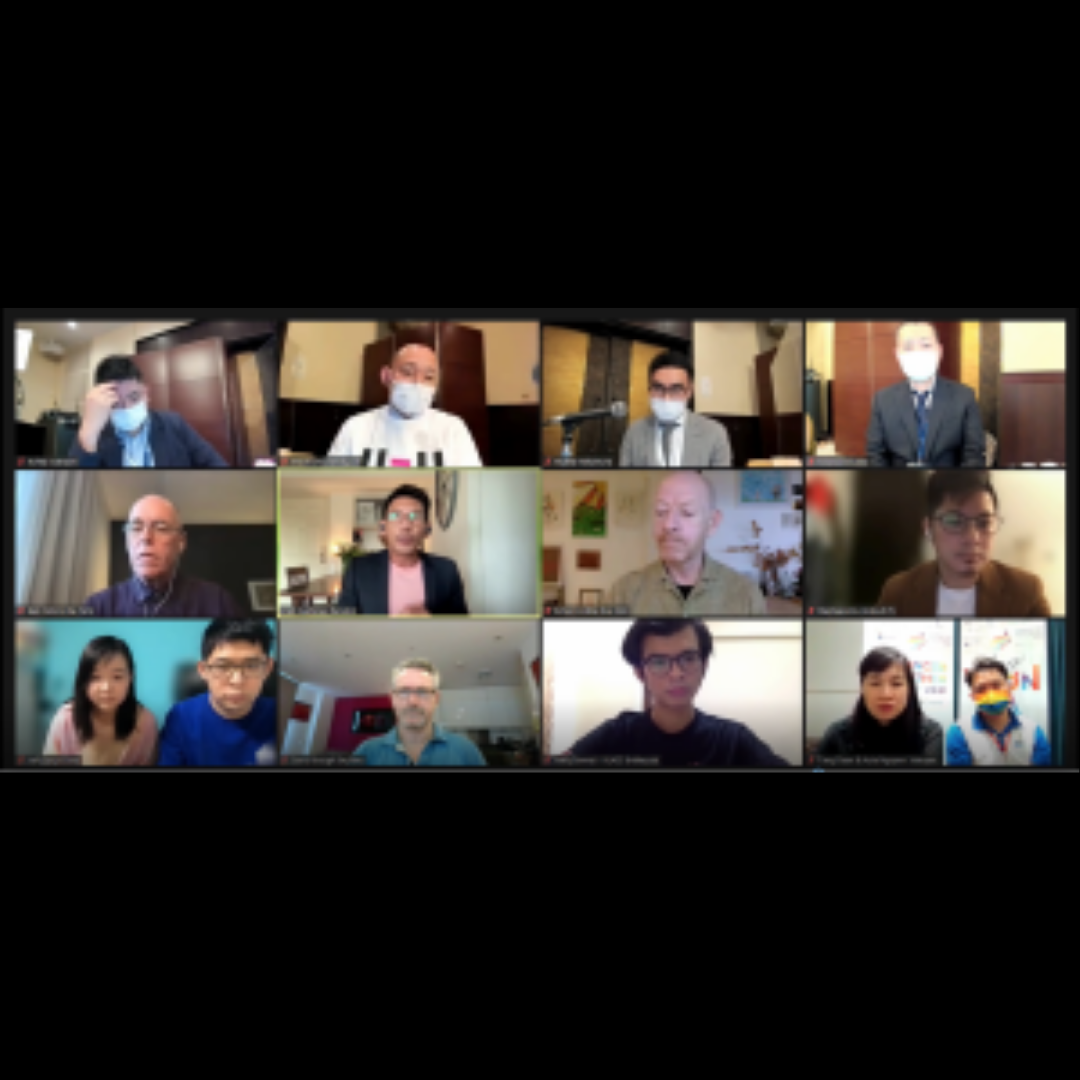 35th Annual Meeting of the Japanese Society for AIDS Research 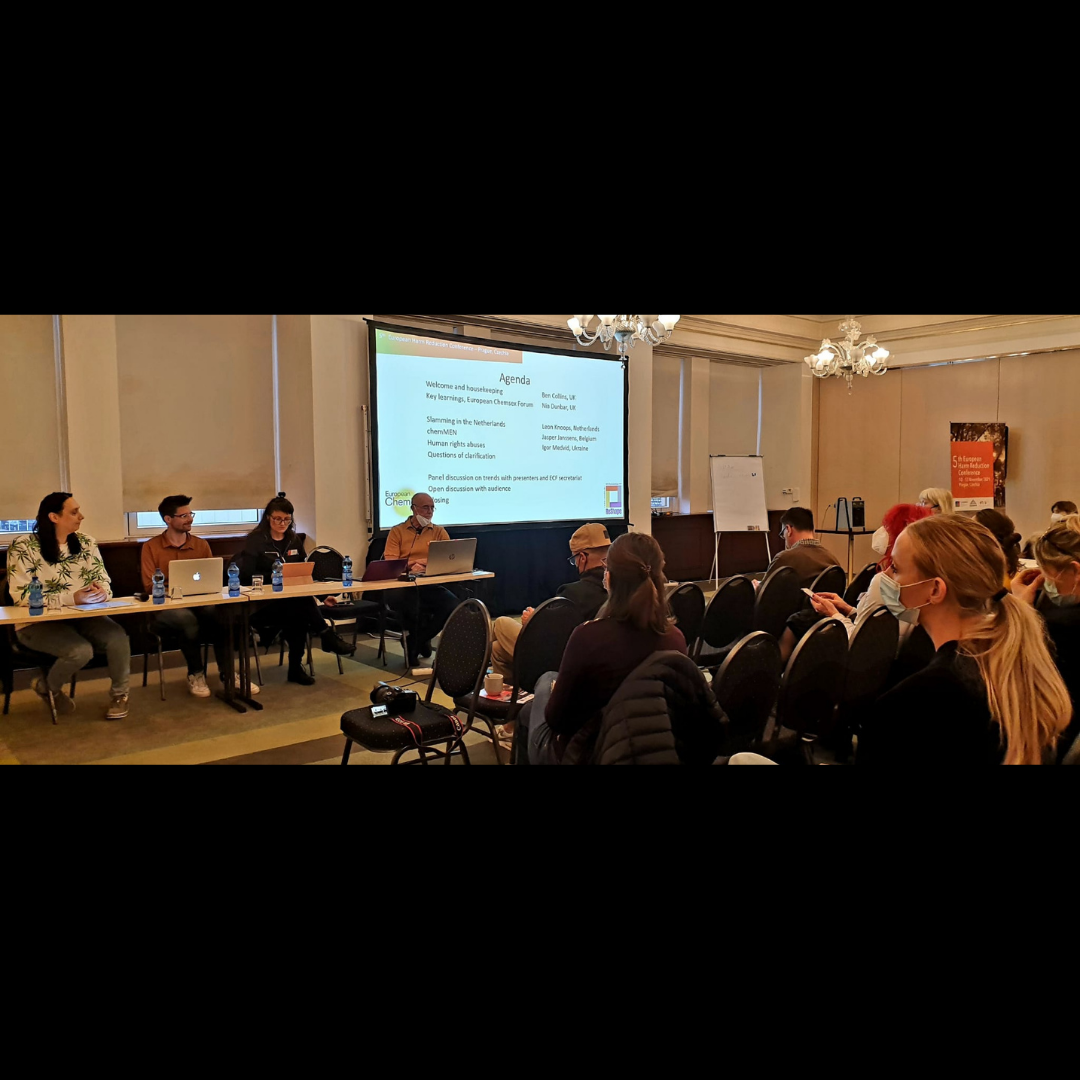 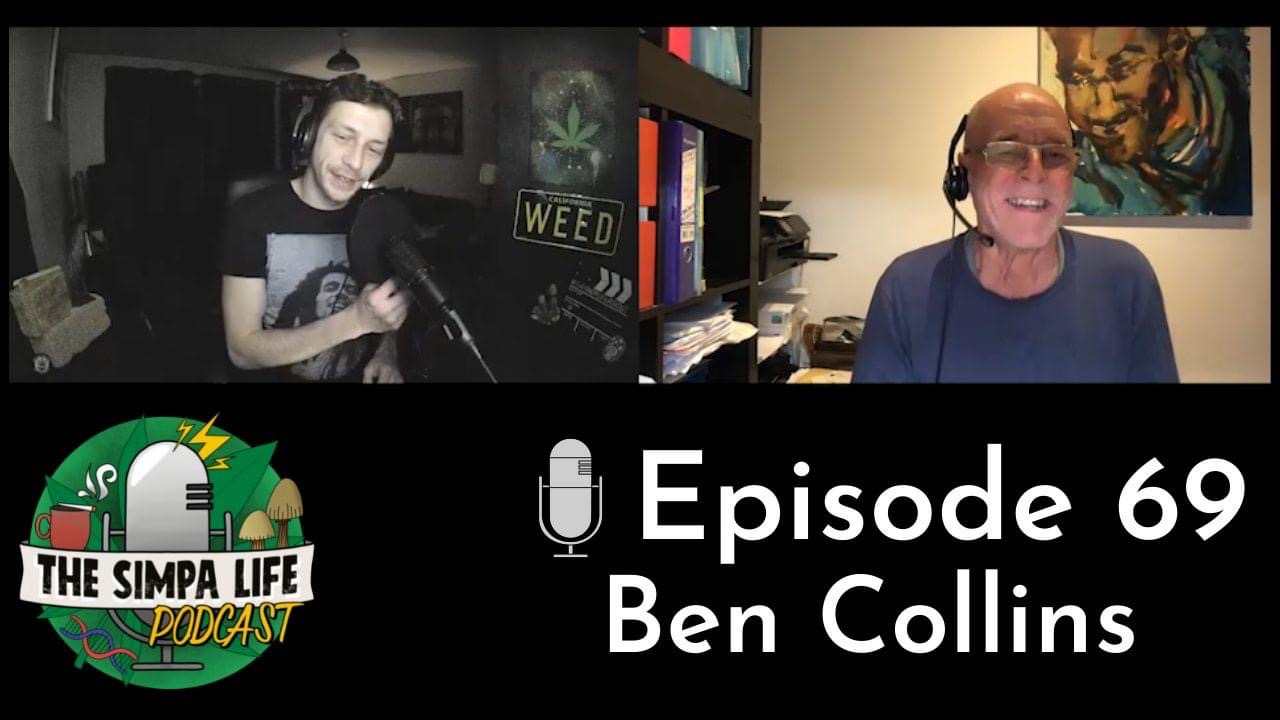 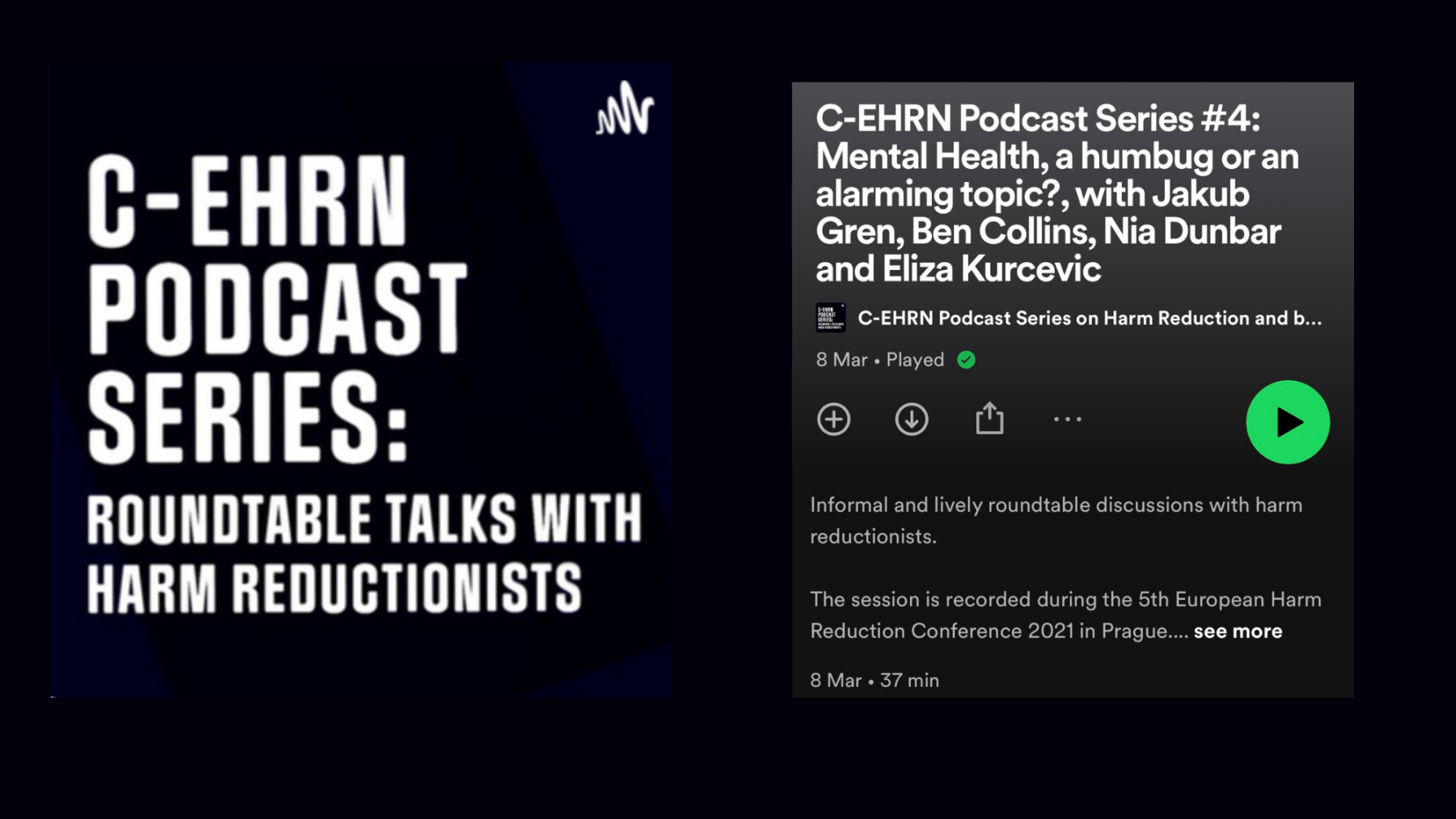 An evening with Angela Davis

Gregorio Millett – Casualties on the road to ending HIV

Want to speak with Us? Mutual Mentoring Sessions available